Georgie has been here for 6 weeks now, so I thought I’d let you know how things are going, and send you some pictures that were taken on 4/19/2014.

George is the happiest dog I’ve ever known, and has an amazing amount of energy. He runs in joyous circles around the yard, sometimes looking up at the sky. He is very interested in birds and tries to chase them. I’ve tried to tell him that dogs can’t fly, but he doesn’t believe me.

He loves to be hugged and petted – he leans into me, moaning and groaning to tell me how happy he is. He does this cute thing where he puts his head and forelegs sideways on the floor, leaves his butt sticking straight up in the air, and pushes himself all the way up the hall with his hind legs, then turns around and comes back down the hall the same way, moaning and groaning the whole time.

I knew when George came to me he still needed some good TLC as he recovered from his Heartworm treatment, his “happy tail” surgery and his thinned coat. His tail has healed very well. His coat continues to fill in, and has become much shinier and softer just in the last 6 weeks. Some of the hairs that have come back on his hind end are white, so he has a salt-and-pepper hind end that is very cute. He is just about at his target weight of 75 lbs. now and is thriving on hypo-allergenic food.

He gets along great with Cindy Lou and Lucas. He is a real sweetheart, and I love him dearly. I’m so glad he joined my pack! 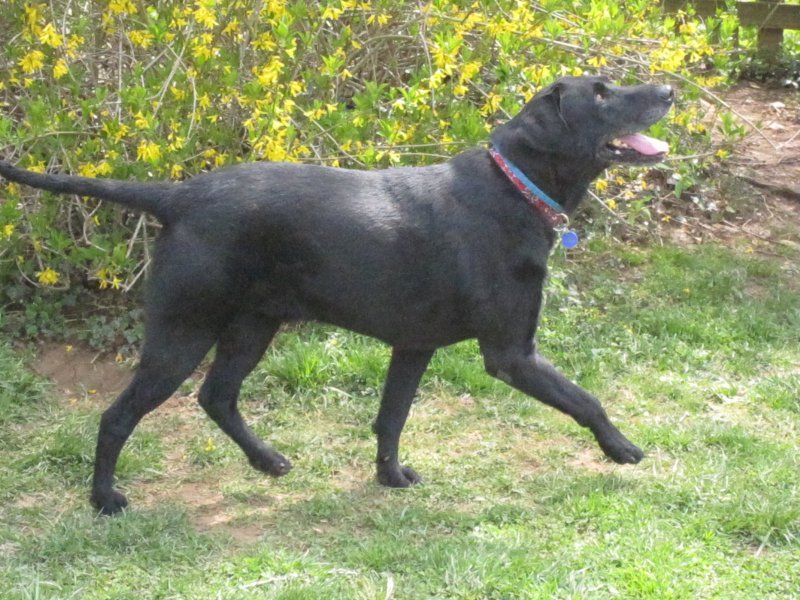 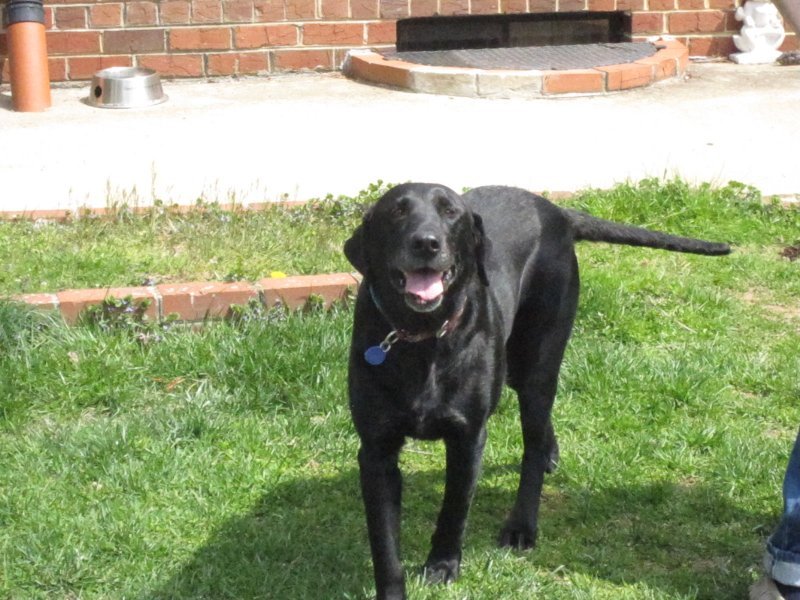 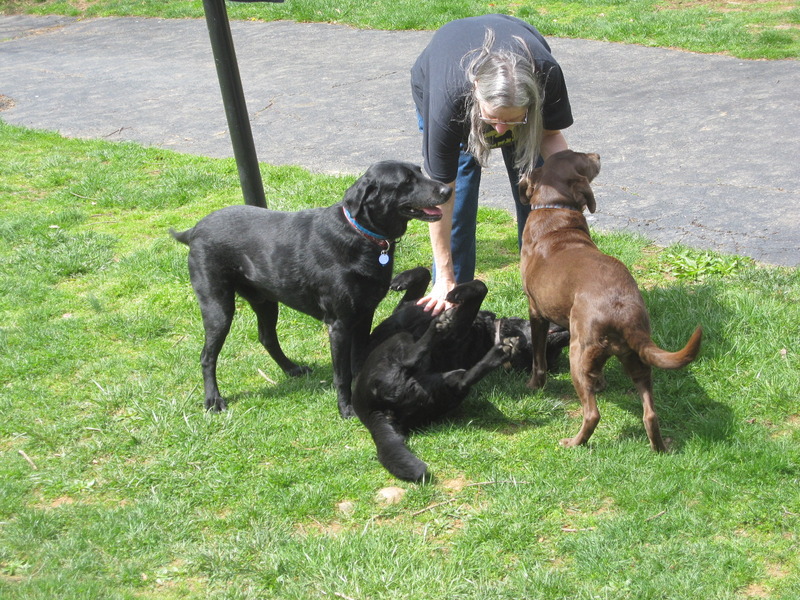 LRR takes special pride in the many happy endings we've had the privilege to facilitate. We enjoy following up with our adoptive homes to make sure all is going smoothly. It is especially gratifying to hear these great stories, particularly when some of these labs were rescued from awful situations and environments.

Some of our most neglected labs have gone on to key roles within families, including helping unresponsive autistic children to speak first sentences; providing emotional support to children who are sick from chemotherapy; and teaching other children that being adopted is a wonderful thing. We hope you will enjoy a sampling of our "Happy Tails."

Please take a few minutes to read these extraordinary stories about a few special LRR dogs:

Copyright © Labrador Retriever Rescue, Inc. (LRR). All rights reserved. This web site and all its contents are protected under U.S. copyright laws. The content of this website may be downloaded and printed for personal use but may not be reproduced for any other purpose, sold, stored in any retrieval system for public or commercial use or transmitted in any form by any means without prior written authorization from LRR. You may not remove LRR copyright notices from materials downloaded from this website.